A district of the capital that is gradually forging its character through its vibrant particularity: since always a stronghold of culture where artists, intellectuals and shoppers swirl.

L'Saint Vincent Abbey is founded by the son of Clovis, Childebert IThis was done on the advice of Germain, the bishop of Paris, to house the treasures obtained from the surrender of the barbarians.

7th century On the death of the bishop, the Abbey is renamed Saint-Germain-des-Prés church. A small settlement is gradually formed around the church. The neighbourhood is being built up. 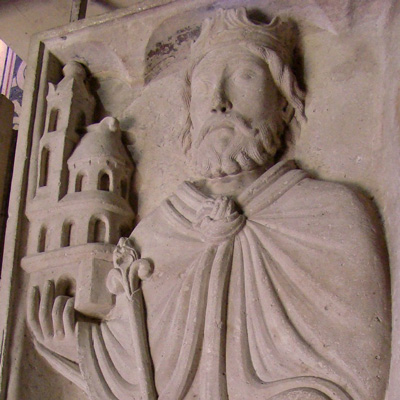 The splendour and intense intellectual influence of the church increased from the year 1000 onwards. The abbey grew steadily. 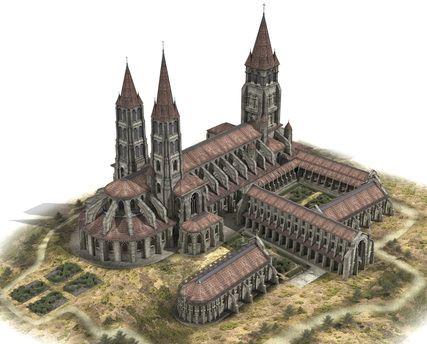 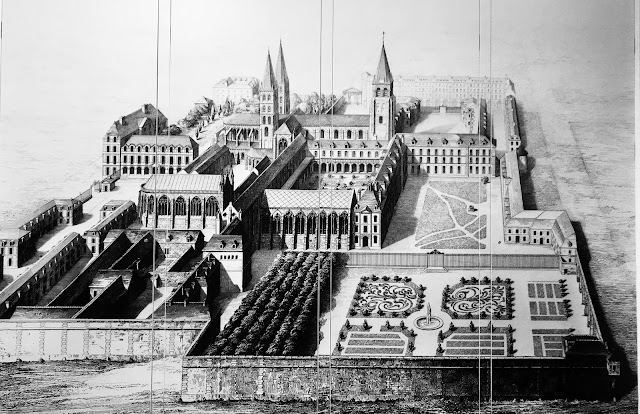 12th century: the Saint-Germain village is growing and has about 600 inhabitants. There are all kinds of fairs where you can play games of chance and money. You can also visit the first zoo in Paris. 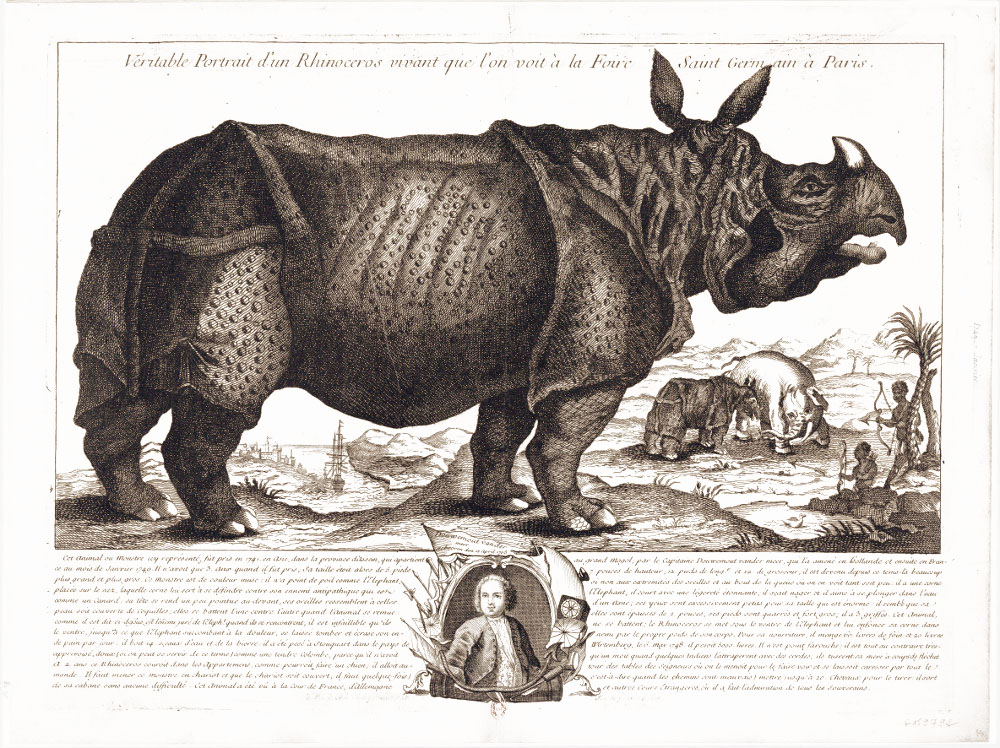 The Saint-Germain Fair is a Parisian fair that used to take place every year since 3 February 1486 until the French Revolution, and which was first held during the 12th century. Located in the Faubourg Saint-GermainAt the time of its construction, it was outside the walls of Paris but was gradually integrated into the urban fabric of the capital.

In addition to an important commercial role, due to the presence of more than 120 sales areas, known as "logeswhich allowed many goods to be sold in Paris, the Foire Saint-Germain houses fairground shows These were first performed in the 17th century, and took off in the 18th century before moving to the boulevard theatres.

The 15th century Fair buildings, destroyed in a fire in 1762, were partially rebuilt in the years 1762-1763. The Fair was finally destroyed in 1811 to make way for the Saint-Germain Market. 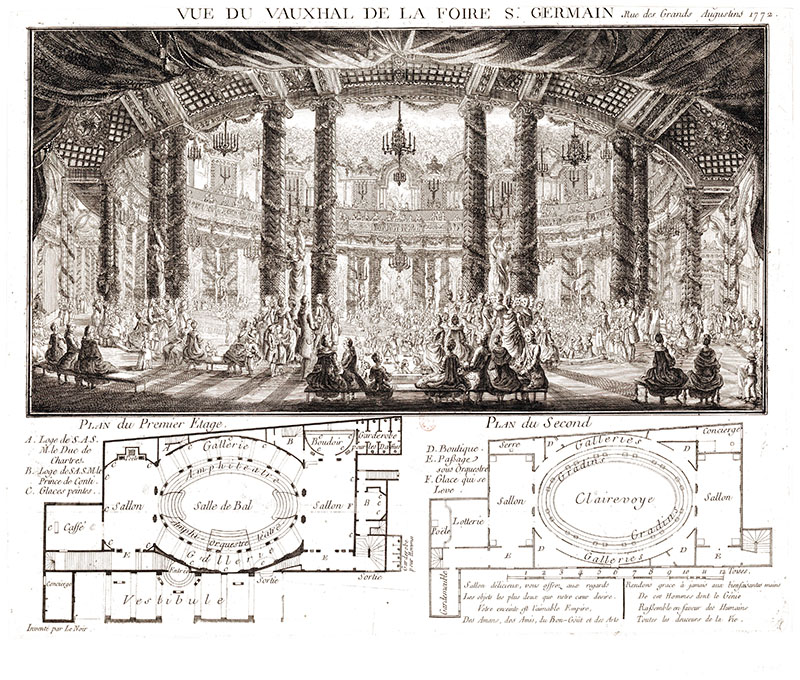 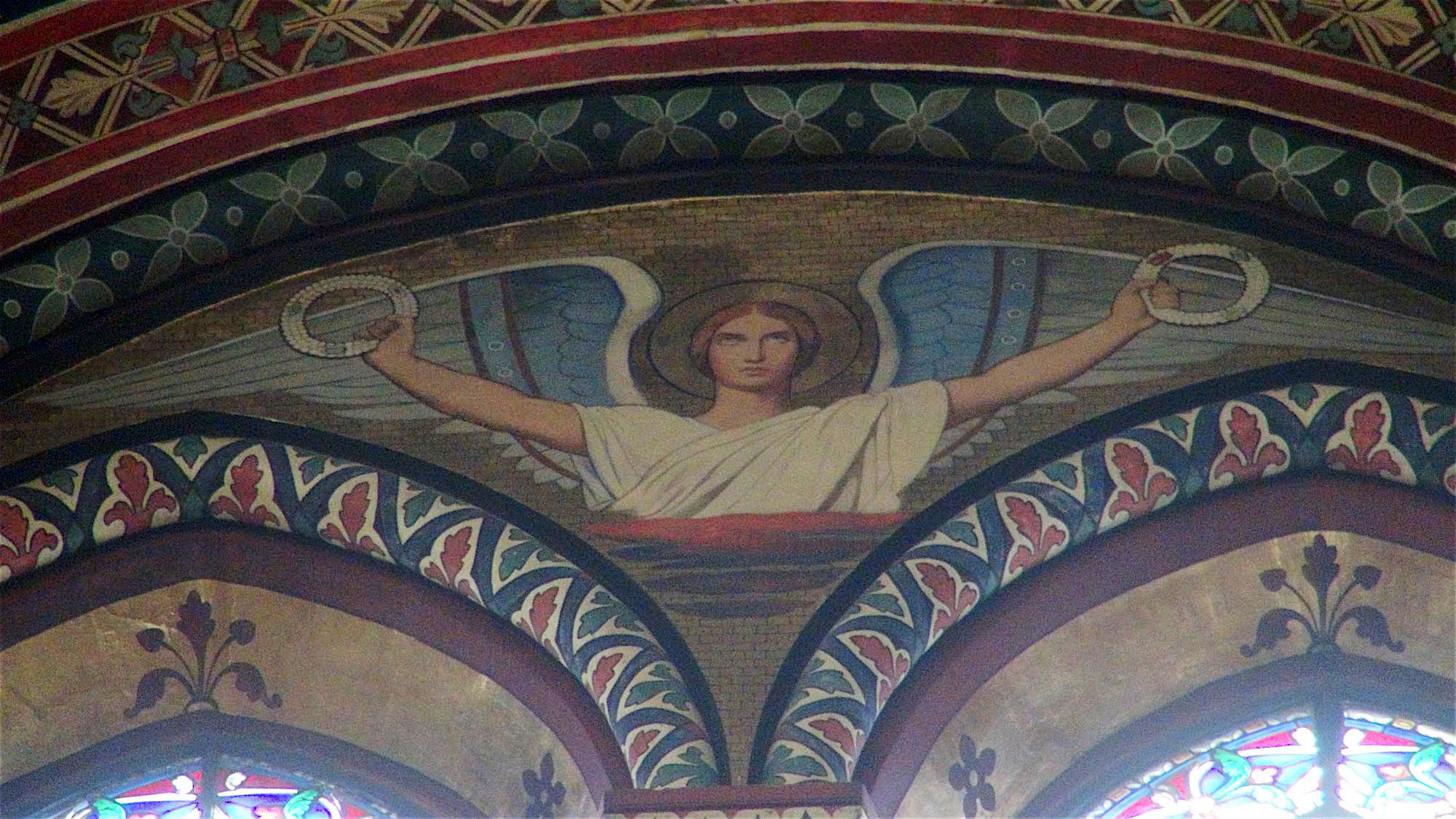 Auguste states Saint-Germain-des-Prés a district in its own right - one of the first in Paris. The church is still one of the richest in France.

From the classical age to the RevolutionThe district acquires its soul through its power of attraction for intellectuals. It presents itself as a place of singular cohabitation between clergy and artistsThis was a departure from all the conventions of the time. 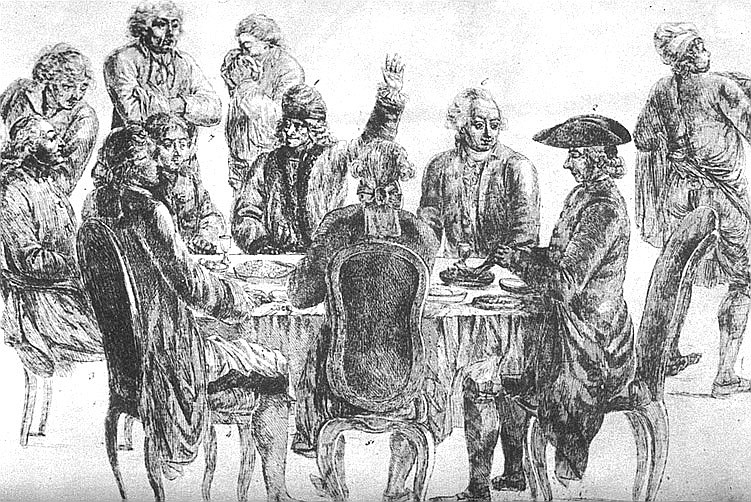 Home of the literary world

All the artists who pass through Saint-Germain leave the imprint of their talent, marking the cafés and streets with a literary stamp.

From 1751The Encyclopaedists, led by Diderot and D'Alembert, met at the Café Landelle or Procope - as did the future revolutionaries Marat, Danton and Guillotin.

The Revolution sounded the death knell for the powerful Benedictine abbey, which was destroyed by an explosion and then by fire.

But its destruction did not mean the end of the district. The bourgeoisie and publishers who took possession of it had a special attachment to the place. Intellectual and artistic life continued to flourish there. 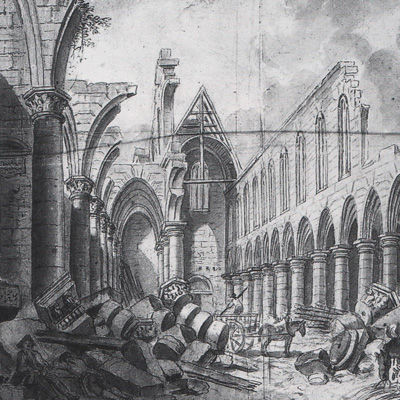 A place of culture 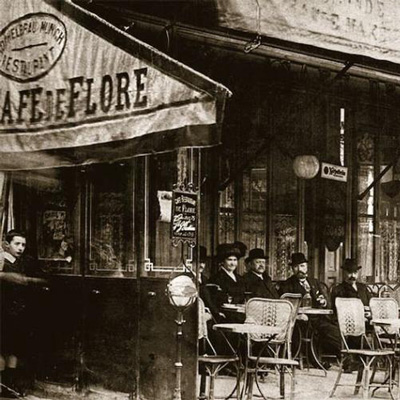 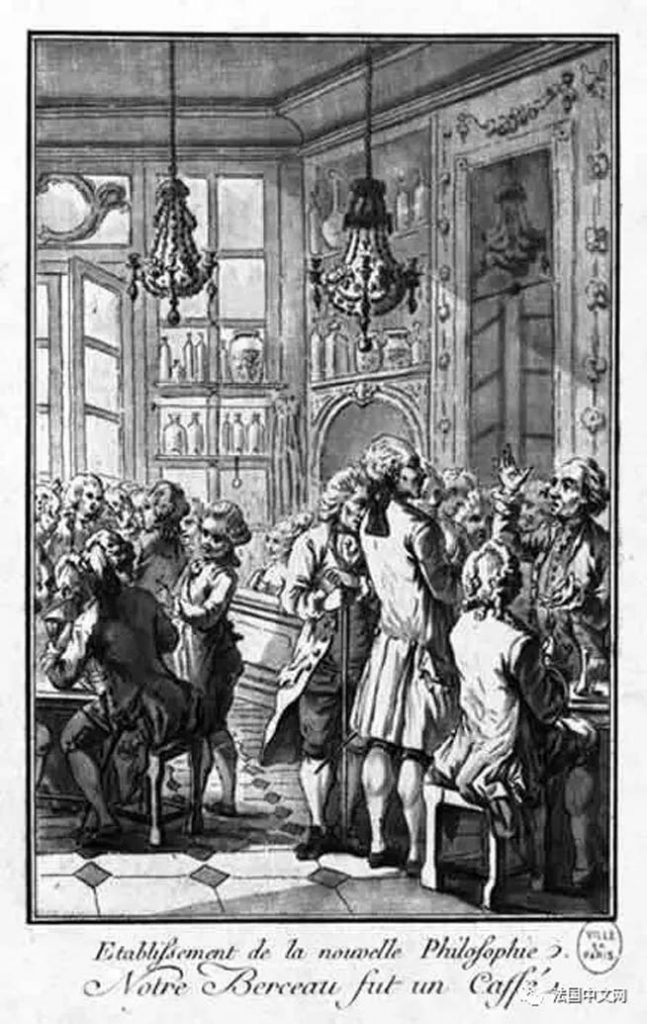 The district became a real meeting place where artists and intellectuals enjoyed meeting for lively discussions on current affairs and culture. 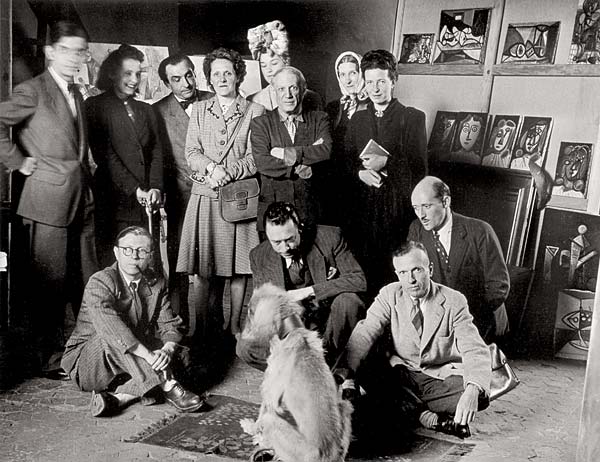 At the beginning of the 20th century, the Cafés of Saint-Germain-des-Prés welcomed the intellectuals of surrealism (Apollinaire, Aragon, André Breton).

Many painters and photographers were also attracted to the area. In 1937, Picasso finished Guernica in his studio on rue des Grands Augustins, where his friend Man Ray regularly visited him. 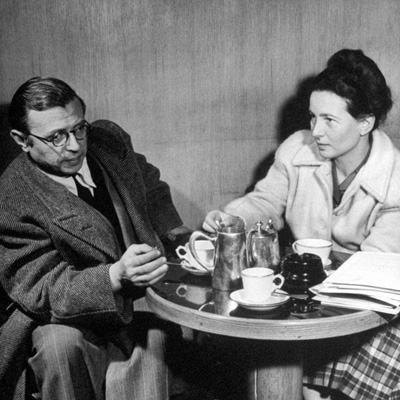 During the Second World War, despite the restrictions and curfew, the district was hardly affected by the German occupation. Intellectuals took refuge there and formed a small community.

The cafés in the district were the last places to meet and talk in the occupied capital. Every day, Jean-Paul Sartre and Simone de Beauvoir arrived there at dawn to settle in at the best seats near the stove.

After the liberation, the intellectuals left for Montmartre. Saint-Germain-des-Prés became the district of music, parties and avant-garde theatre, which took off with Samuel Becket and Jean Cocteau.

But it remains synonymous with literary life. Many cafés set up their own literary circles and prizes, becoming famous institutions. 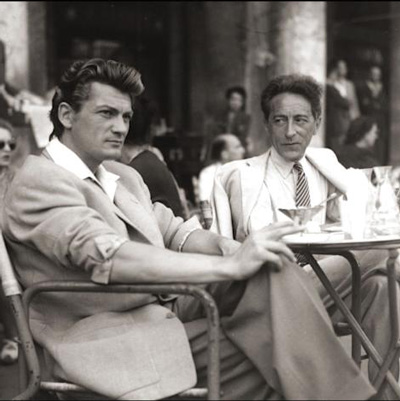 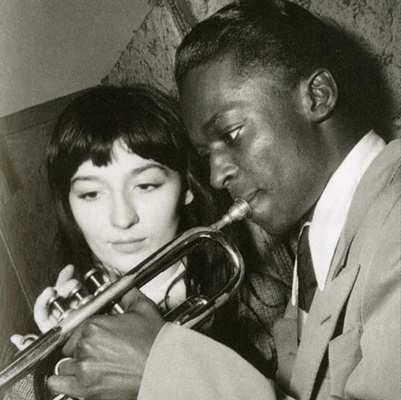 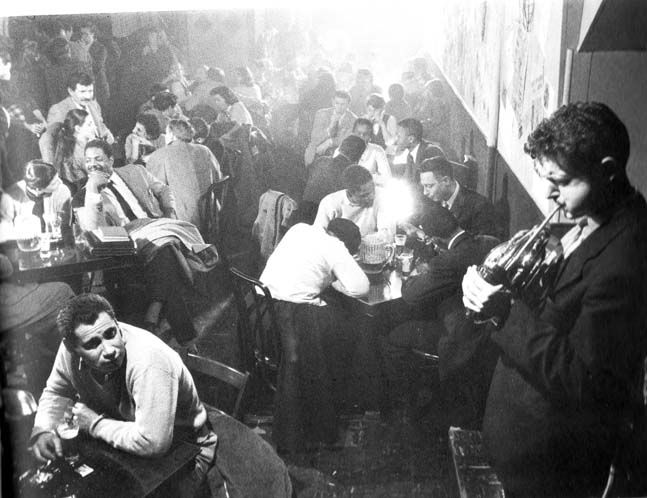 Jazz and Be Bop played a key role in the development of the district's nightlife. Sydney Bechet, Miles Davis and Duke Elington gave the youth of the area a buzz in the Caves de Saint-Germain. 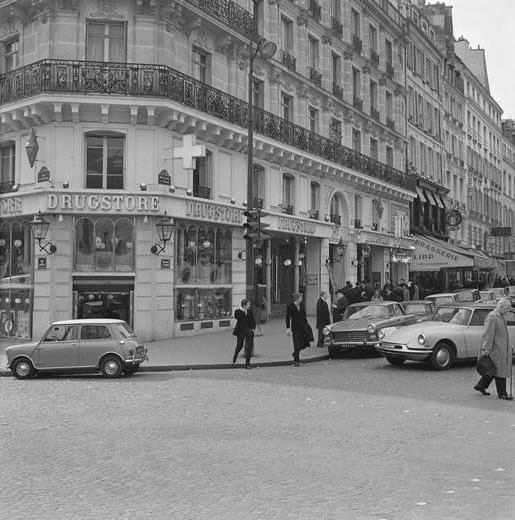 Many bookshops are closing, the headquarters of major publishing houses are moving, and Parisian universities are opening other campuses. The signs of change are obvious. 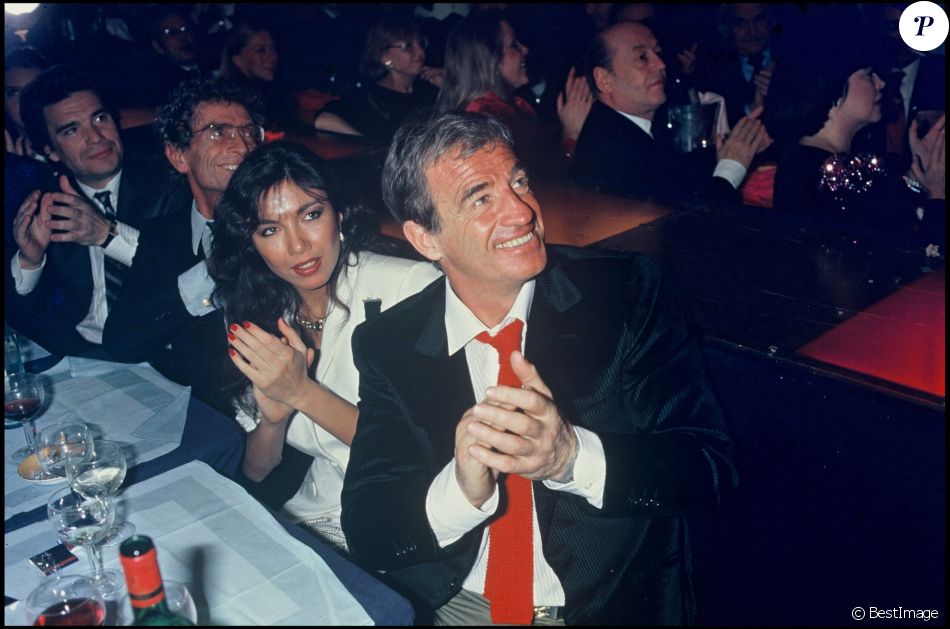 Today, there are still many small bookshops and typical Parisian cafés. The neighbourhood is still as lively and young as ever, especially when night falls.

The history of Saint-Germain-des-Prés is an illustration of the special link between this district and the cultural and artistic life of our country. And we try to preserve the spirit of this magical place.

For more information, visit
The Historical Society of the 6th Arrd 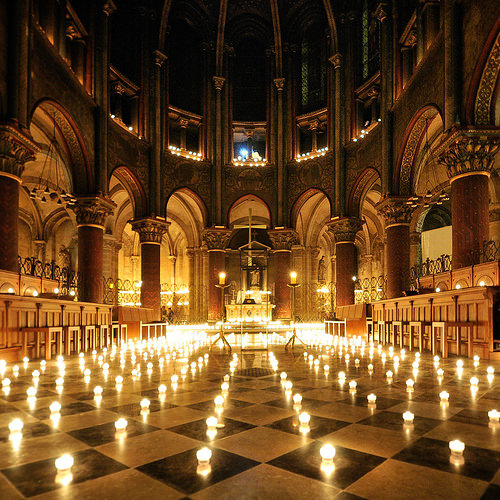 To celebrate its thousandth anniversary, the most famous Parisian church after Notre-Dame will be filled with animated tableaux, in the manner of medieval theatre, from 5 to 7 December 2014.

The Bell Tower of Saint-Germain-des-Près celebrated its 1000th anniversary! 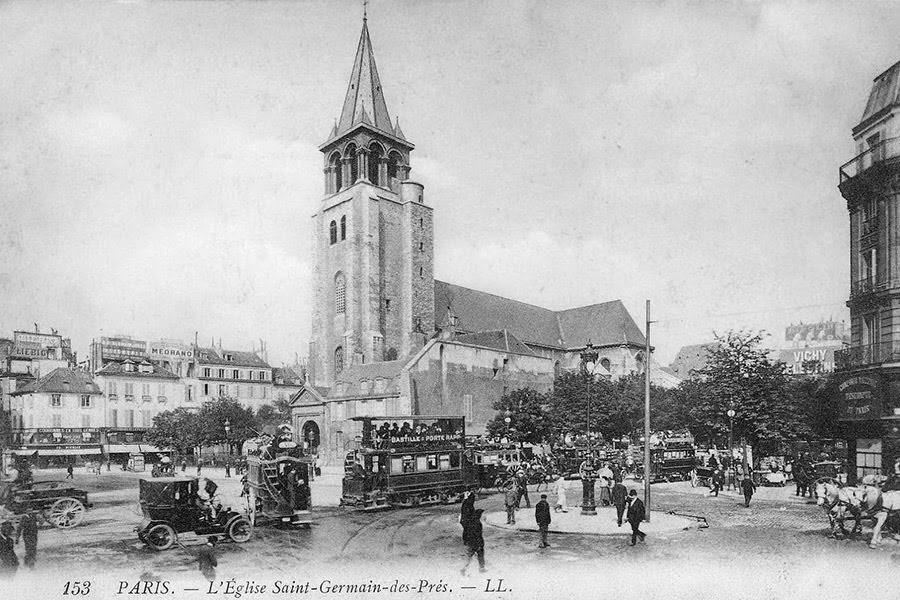 The Bell Tower of Saint-Germain-des-Près celebrated its 1000th anniversary!

Documentary directed by Philippe Cochinard and narrated by Pierre Arditi.

Find out more about
Personalities of the 6th

Cult pictures from the 20th Century